The Swedish Gambling Authority uses cookies to enhance and personalize your visit to our website.
By clicking "I accept" you agree to the use of cookies.

Press release: Growth rate of the Swedish gambling market slowing down in 2017

Gross gaming revenue on the Swedish gambling market increased by 3.2% in 2017 compared with 2016. A slight slowdown can be noted when compared with the previous period when the growth rate was 5.3%.

Other national lotteries reported gross gaming revenue of SEK 204 million, down 3.6% on 2016. 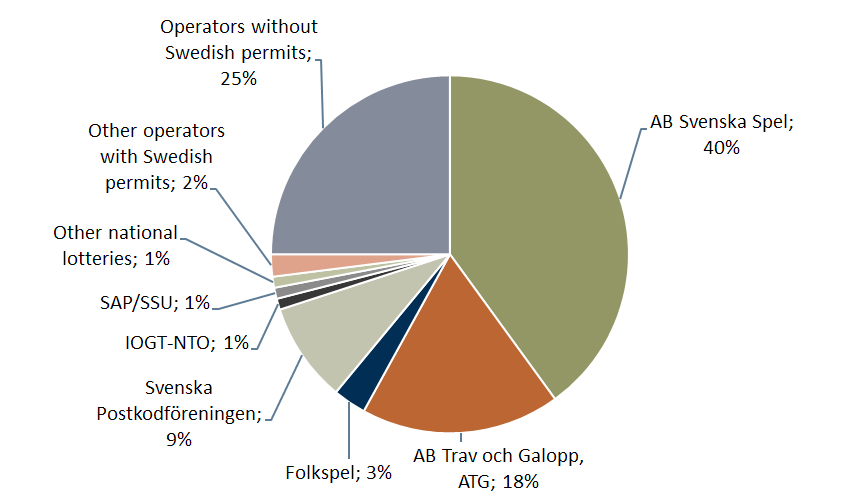 How much are we spending on gambling in Sweden?